On Wednesday the Bulletin of Atomic Scientists (BAS) moved their symbolic Doomsday Clock a minute closer to midnight, which should get people nervous if this were still the Cold War. However, in absence of a possible nuclear showdown, the worrying move was supposed to shine a light on contemporary issues. The first is the BAS’ age-old concern over nuclear proliferation, which it thinks has not received enough action other than promises among nuclear states. The second bone it wishes to pick is climate change–unless global industry changes course, BAS claims within five years a whole lot of awful is coming humanity’s way. 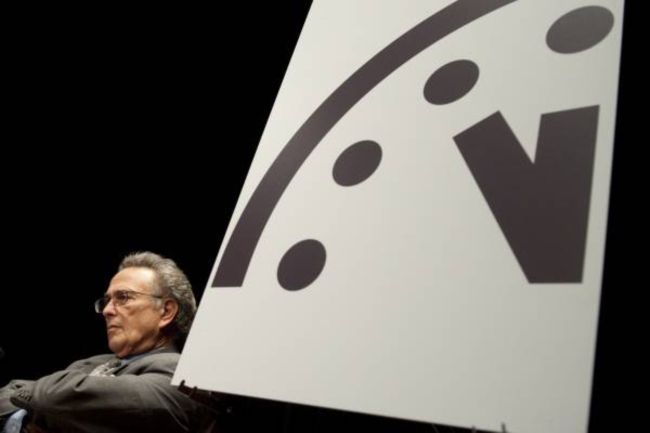 Uh, so all those US aircraft carriers and Iranian warships crowding the Persian Gulf aren’t the harbingers of doomsday? Whew!

So, unless somebody pulls off an Ozymandias to save humanity, we should be in deep doo doo in the near future.

Anyway, if you bother to check the source article, don’t miss the embedded photo gallery on ICBMs. Fascinating stuff.