What we meant by that dramatic title is he started using explosives to clear the snow on his lawn. Yep, there’s a genius in every neighborhood, boys and girls. 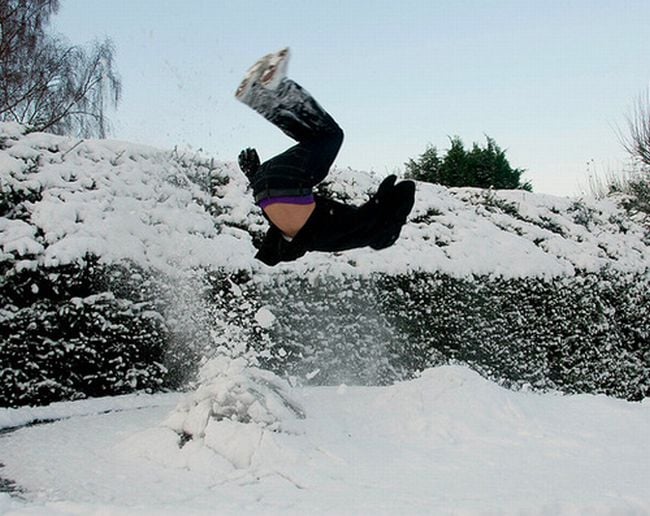 The inventive 23 year-old madman Leo J. Powers has since been arrested by the cops, charged, and had his gun licenses revoked. It’s actually quite an odd saga, where police first got wind of Powers’ intentions after being alerted he was blowing up snow banks.

An arrest followed, then suspicious powder and military grade ammo was found in his address. The powder turned out to be explosive, which is a big uh-oh.

Here’s what Police Chief David Majenski has to say on the matter:

“Meanwhile, we’re investigating where he got all the weapons we confiscated and the powder. He said he got them at gun shows in Springfield but we are looking into that.”

The way the cops sound Powers is some sorta domestic terrorist. Well, until they discover a basement full of guns we’ll never know for sure. Funny thing is maybe Powers was just putting more boom into the eternal labors of snowbound residents. Besides, winter is being a little vicious these days, so why not fight it with [explosive] fire?