Recently, the award-winning application received an update that addresses several bug fixes, bumping it to version 1.4.1, including the inability to load images in the direct messages when clicked, issues when viewing new unread items in the timeline, iCloud syncing issues and more. 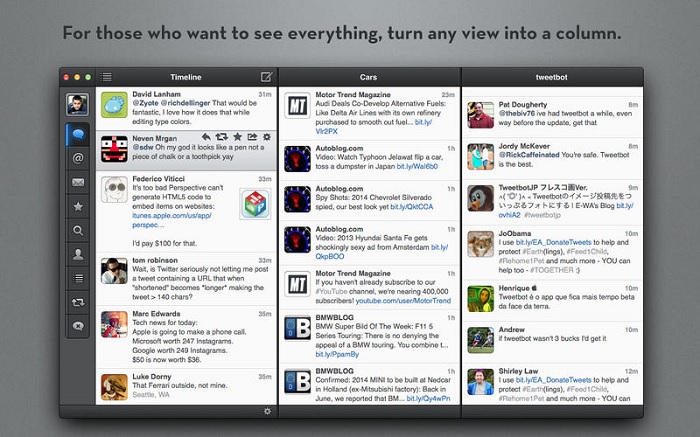 Tweetbot is an excellent Twitter client for Mac with many exciting features such as iPad support, iCloud syncing, multiple windows and columns, support for multiple services like Pocket, Instapaper, Readability, CloudApp and Droplr, retina-display support and more.

If you’re a Tweetbot for Mac user, head over to the Mac App Store and update the application.