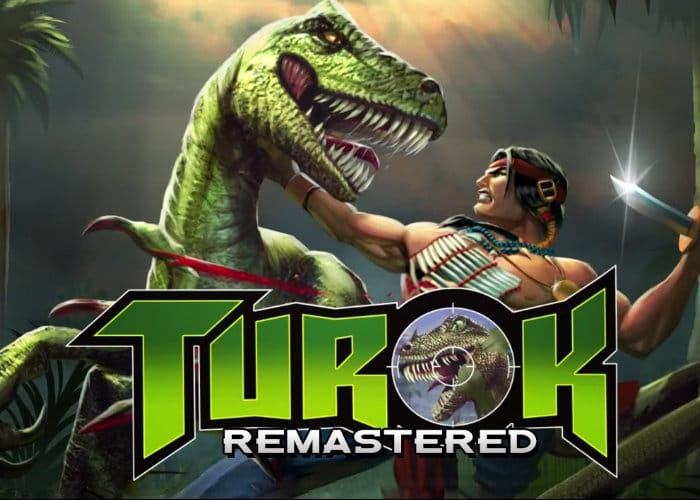 Gamers that remember the original Turok first-person shooter games developed by Acclaim Studios Austin and launched on various platforms including the Nintendo 64, PC, Game Boy, PS3 and Xbox. Might be pleased to know that both the original Turok and Turok 2 games will be available to play on the Xbox platform next month from March 2nd, 2018.

Turok was originally launched first back in 1997 and was followed up by a number of sequels. Now restored and enhanced with a new visual engine for Xbox One. Fans can once again return as the time-travelling warrior Turok. Check out the trailer below to whet your appetite for the adventures which have now been remastered for a rerelease on the Xbox One console.

The Turok storyline places you in a savage land of conflict, throughout which you must find the eight pieces of the shattered Chronoscepter scattered across this world, to put an end to the Campaigner’s evil crusade. As you adventure throughout the land searching for the pieces, you will encounter monsters, dinosaurs and more.

Turok 2 has also been restored and returns you to the ancient world to restore peace once again. Having awoken an ancient evil, Turok must stop the evil Primagen from merging Earth with the nether world. Turok 2 ones again allows you to fight prehistoric raptors, evil flesh eaters, and do battle with “the mother of all beasts”. You must use your skills and cunning to defeat them all and save the world once and for all.