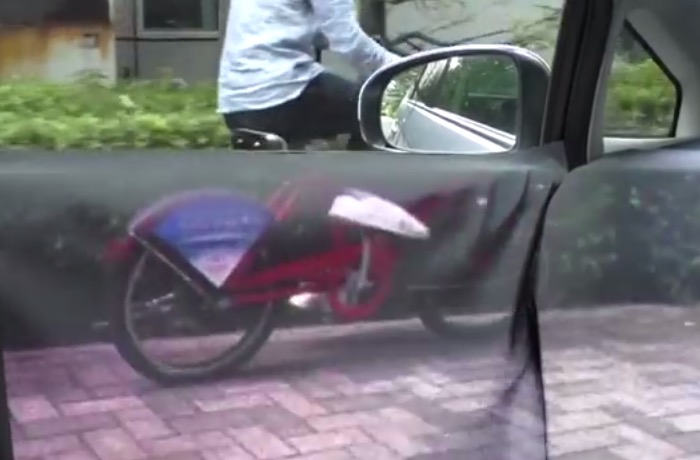 Invisibility cloaks and invisible cars may still be a little way off using current technology, but students Susumu Tachi and Masahiko Inami of the Graduate School of Media Design at Keio University, have created something just as awesome a transparent car.

The transparent car system allows the driver to look through the cars door and rear panels to see what is behind or to the side. Watch the video after the jump to learn more about this innovative new solution to remove blind spots and help drivers stay aware of their surroundings.

Video camouflage has been used before but a transparent car system that can easily be installed in any car allows the technology to make the jump to main stream. Its designers explain a little more :

“Next we built a setup specifically for a Toyota Prius that made the backseat virtually transparent, so that the driver could see everything behind the car when driving in reverse. In this application, the system had one projector and six lenses, allowing the driver to act naturally without the system’s having to track the movements of the driver’s head.

The result is a panoramic view that the driver can use intuitively—quite unlike the current, counterintuitive system, which sends output from a rearview camera to a display mounted on the dashboard. We are now collaborating with several automakers and automotive electronics companies in turning our concept into a commercial system.”

For additional information on the new transparent car technology jump over to the Spectrum website for more details and specifications.