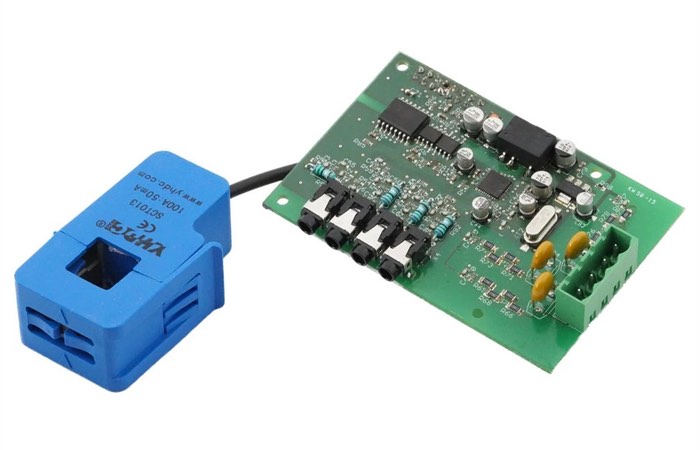 Electronics enthusiasts that are looking for a way to measure voltage and current may be interested in a new piece of hardware designed specifically for the Raspberry Pi, which transforms it into a SmartMeter.

The The SmartPi expansion module has been created to provide an easy way to add interfaces to the PI allowing voltage and current measurements to be taken and has been created by nD-enerserve.

Watch the promotional video below to learn more about this small piece of hardware which can transform your Raspberry Pi PC into a smart meter system.

The Smart Pi expansion module extends the Raspberry Pi with interfaces to measure voltage and current in a contactless manner. It enables to control electricity production consumption and turns the Raspberry Pi into a full featured smart meter. All measurement data can be stored and are accessable via the local network or Internet for disposal.

Current is measured contactless via inductive current sensors. In the standard version currents up to 100 A can be measured. By exchanging the series resistor to use other sensors measure currents up to 300A is feasible.

The module has 4x 3.5mm jack inputs. Measurement of all three phases and even the neutral conductor is possible. To get other dimensional units in addition to the current measurement, the SmartPi module has screw terminals to measure voltage in range of 400V on all phases. Hereby e.g. the direction of energy flow is determinable. The interfaces to the Raspberry Pi are electrically isolated to ensure maximum safety.