A new full trailer has now been released for the upcoming Total Recall movie starring Colin Farrell. Last week a short teaser trailer was released, which gave us a taste of what we could expect from the film when it arrives and the full trailer lasting 2.37 minutes.

The 2012 Total Recall movie is a remake of the original which stared Arnold Schwarzenegger and was released back in 1990, and debuted at No.1 at the box office grossing $261,299,840 worldwide. 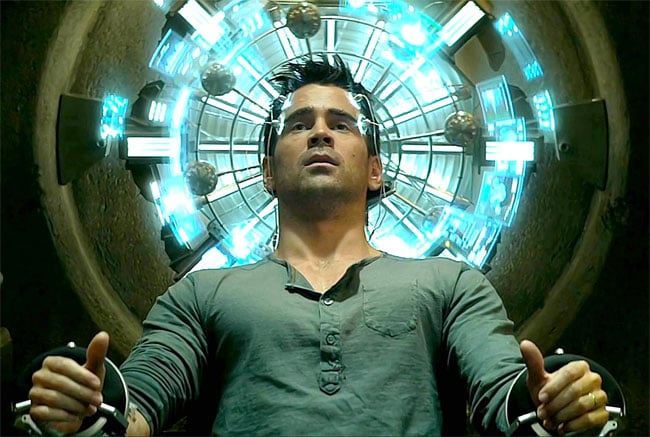 Total Recall 2012 will be arriving in theatres on August 3rd and is directed by Len Wiseman and written by Mark Bomback, James Vanderbilt and Kurt Wimmer. Starring Colin Farrell, Jessica Biel, Kate Beckinsale and Bill Nighy to name a few.

You can check out more high resolution images over on the Film Filia website.