Toshiba has unveiled it latest robot, the Toshiba Wheelie which is an autonomous two wheeled robot that was shown off at the Toshiba Science Museum on March 10th 2010.

The Toshiba Wheelie is designed to help out around the house, and is small enough to fit into tight spaces and can also handle small changes in floor height, check out the video of him in action below. 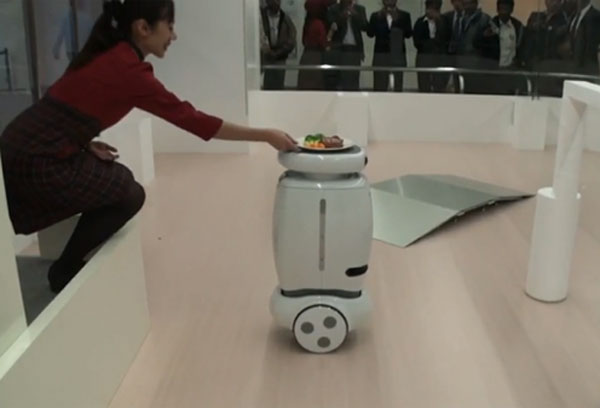 He certainly looks like he could be useful around the house, sort of like a robot butler, I wonder if he could be programmed to being me snacks and beers from the fridge to my desk.