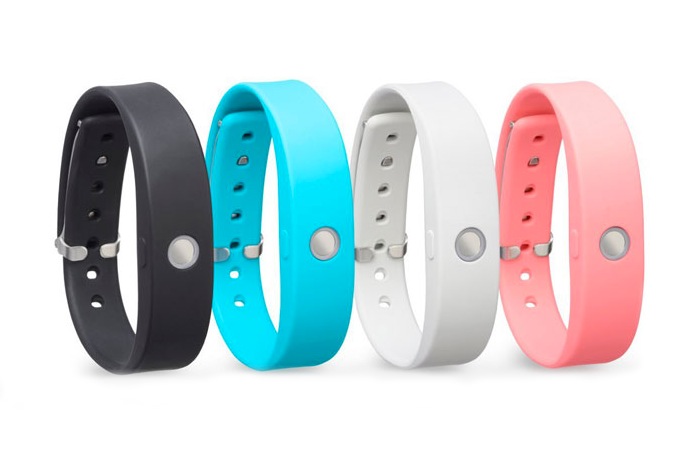 Toshiba has today launched their new Toshiba WERAM1100 fitness tracker into the Japanese market, making it available to preorder from today in either black, light grey, smoky pink or blue-green with shipping commencing on August 20th, 2014.

Adding to the list of already available fitness tracking devices the new Toshiba fitness tracker provides users with up to 2 weeks of use on a single charge and comes supplied with a companion application that supports both Android and iOS devices.

As with other fitness tracking wrist worn devices the Toshiba WERAM1100 is capable of tracking your steps, distance travelled, as well as calculating how many calories you have consumed by connecting to the companion application via Bluetooth.

Once you have set your personal fitness tracking goals and you have worked your way to meeting them the Toshiba device will the alert you using its alarm function. Toshiba explains :

“An integrated accelerometer enables the WERAM1100 to estimate physical activities, such as steps taken, distance traveled and calories burned. The fitness tracker can also measure sleep states and patterns and hours of sleep per day.

A dedicated app syncs information to a smartphone via Bluetooth and allows users to view accumulated data as graphs. Users can also upload photos and calories counts of meals, to monitor diet along with physical activity and sleep.”

Unfortunately no information on pricing or worldwide availability has been released as yet for the Toshiba WERAM1100 Fitness Tracker, but as soon as information is announced we will keep you updated as always. For more information on the new wearable wristband WERAM1100 fitness tracker jump over to the Toshiba press release website for details.