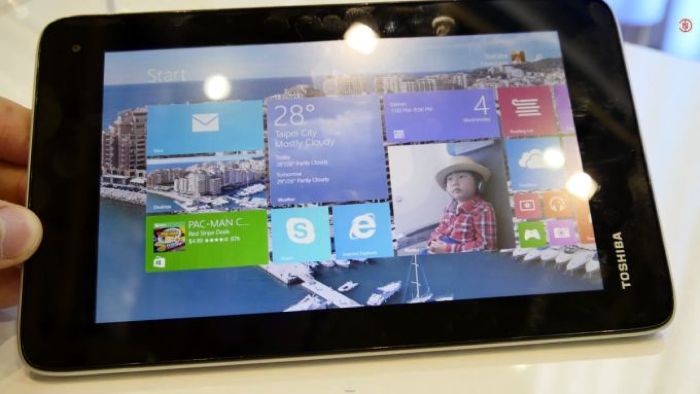 Toshiba has launched a new Windows 8.1 tablet, the Toshiba Encore 7, and the device comes with a 7 inch display that will have a resolution of 1024 x 600 pixels.

Under the hood of the new Toshiba Encore 7 is a quad core Intel Atom Z3735 processor with a clock speed of 1.3GHz, and the device also features 1GB of RAM.

The Toshiba Encore 7 comes with 16GB of built in storage, if you need extra storage, the tablet is also equipped with a microSD card slot, the device also comes with a front facing camera, a single speaker and a headphone jack.

As yet there are no details on the exact price of this new Windows 8.1 tablet from Toshiba, although it is expected to retail for between $100 and $150 when it launches. There are also no details on a launch date at the moment, it is being shown off at Computex this week.

We have seen  range of new Windows 8.1 devices from Toshiba this week, which include their new Encore 2 tablet, and also their new Satellite Click 2 range.

The company also announced a range of new Android devices at Computex earlier in the week, including the new Toshiba Excite Go Android tablet, which shares similar specifications to the new Toshiba Encore 7.