Toshiba have been showcasing a new flexible LCD technology at SID 2010. The SID exhibition is now in its 48th year and is the premier international gathering of scientists, engineers, manufacturers, and users in the electronic-display industry.

Toshiba’s new 8.4-inch wide, 0.1mm thick SVGA panel can be picked up and physically bent to zoom in or out on the Google Earth application that was used in a demonstration. Check out the video after the jump 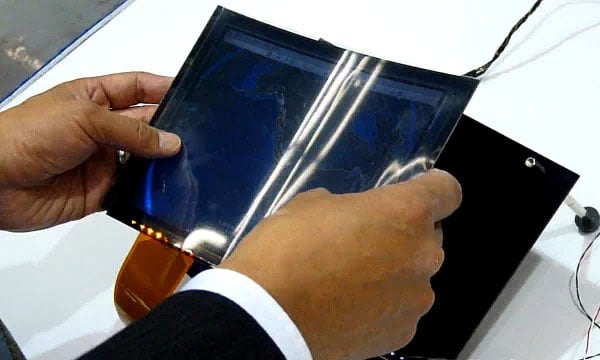 However Toshiba are not the only company researching flexible LCDs as far back as 2006 IBM filed patents application for flexible displays as an input device. As you can see from the video demonstration the flexible LCD technology has quite some way to go before it will replace the forefinger and thumb pinch.