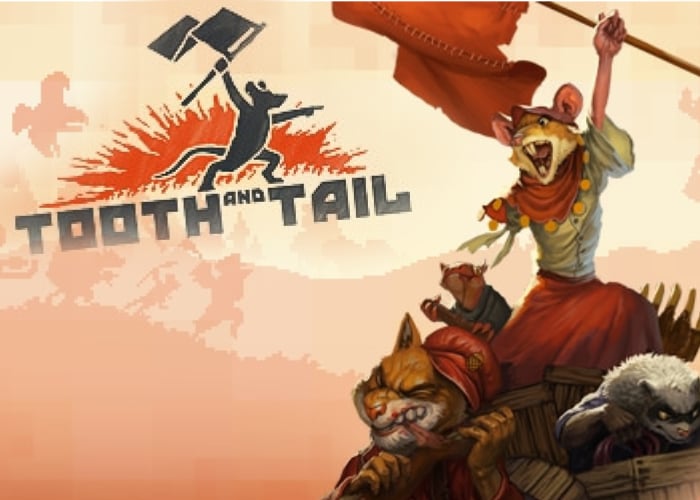 Andy Schatz Creative Director at indie developers Pocketwatch Games, has taken to the official PlayStation blog this week to reveal more details about their new real-time strategy game Tooth and Tail which is currently under development and will be launching on the PlayStation 4.

Andy explains that the latest game follows on from their previous co-op heist game, Monaco and approaches the RTS genre with a similar design vision.

As the Flagbearer for your army of animals, you use a single button to rally your minions into battle. The game is incredibly easy to pick up and play, but is endlessly complex. Having trouble picturing it? I’ll describe two scenarios for you.

The New Recruits – You like strategy games, but you don’t feel good enough to play them online. Your BFF has never played an RTS, but is totally willing to play split-screen games with you. You pick up Tooth and Tail, starting with the Story Mode.

Playing as the leader of the Longcoats, Arroyo Bellafide, you build a fortress of defensive emplacements and lead a squadron of drunken squirrels into battle.
Your bestie watches as you recruit Kasha the sniper Fox, and says, “Hey, this looks like fun! Is it easy to play?” It sure is. Next thing you know, you are playing split-screen co-op late into the night.

The Grandmaster – You’re godlike at Starcraft and you’ve played 1,000 hours of Age of Empires. You are skeptical that a controller-RTS can have truly deep strategy.

You jump straight into the Arena, Tooth and Tail’s online competitive mode. Between the randomly generated maps and the customizable factions, you find that every match you play is entirely different.
In one match, you sneak-attack over a hill with a fleet of dog-fighting Falcons. In another, you build an explosive Toad army to go knock on their front door.

It isn’t long before you realize that this “distilled” RTS isn’t simple at all. It’s endless.

For more information on the new Tooth and Tail game jump over to the official PS Blog website for details by following the link below.