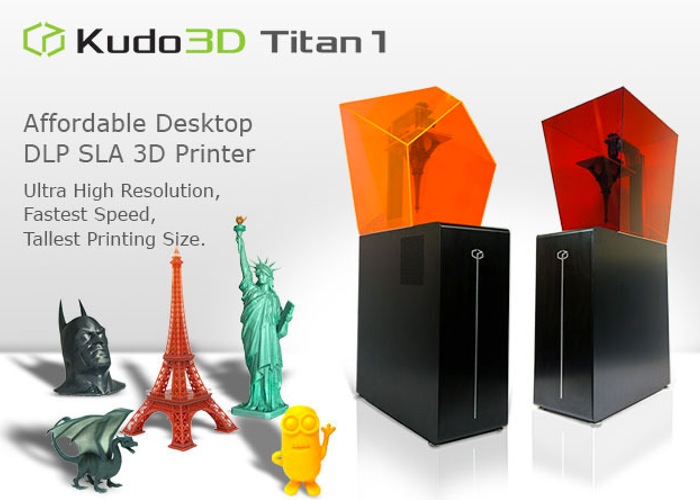 Anyone interested in purchasing a desktop 3D printer might be interested in a new project that has launched over on the Kickstarter crowd funding website this week for the Kudo3D Titan 1 SLA 3D printer.

As well as being designed to provide a small form factor desktop 3D printer the Kudo3D Titan 1 also boasts up to 2.7 inches per hour print time and is capable of printing 9.5 inch tall 3D printer models with a minimum 37 micron resolution.

The creators of the Kudo3D Titan 1 SLA 3D printer say that compared with Stereolithography (SLA) competitors, Titan 1 is at least twice as fast and has the largest printing size and is now available to purchase for $1,899.

“Titan 1 is the most flexible SLA 3D printer with easily adjustable functions to maximize speed or resolution – allowing it to be used for multiple purposes.

Some 3D printers focus on resolution but are only able to print small objects. On the other hand, other printers can print larger objects while sacrificing resolution (which are still not as large as what Titan 1’s).

Titan 1 is specifically designed for users to easily make adjustments with the widest range of printing sizes and resolution in the market today. Titan 1 is so flexible that it can print larger objects, and can be adjusted to increase resolution and print smaller objects. Speed, resolution, and size can be optimized based on user preferences.”