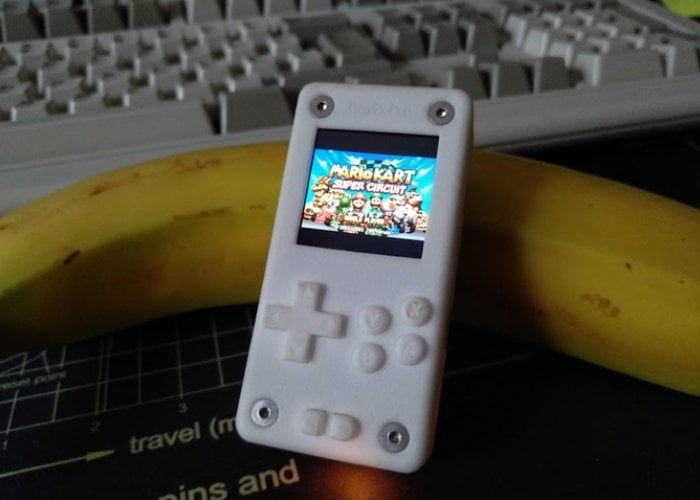 A tiny portable Raspberry Pi Zero gaming console has been created by Pi0cket aptly named the TinyPi Pro, now the company is looking to upscale production of the tiny console and bring it to the masses. Watch the demonstration video below to learn more about the pocket -sized Raspberry Pi games console.

TinyPi Pro is equipped with a 1.3 inch screen offering 240 pixels per inch yet uses IPS technology to provide a fantastic viewing angle and also a resolution of 240 x 240 pixels. Launched via Kickstarter this week the project has already raised its required pledge goal thanks to over 100 backers with still 26 days remaining. Pledges are available from £69 and worldwide delivery is expected to take place during March 2019.

“TinyPi Pro is a miniature gaming console based around the raspberry pi. It started life as a personal project to see just how small you could make a raspberry pi based handheld. This was then followed by a year of tweaking and refinement to make the TinyPi Pro. TinyPi Pro comes with advanced digital audio capabilities, ensuring great crisp sound. The internal speaker won’t replace your home hi-fi, but does a great job of bringing those old retro classics back to life.”