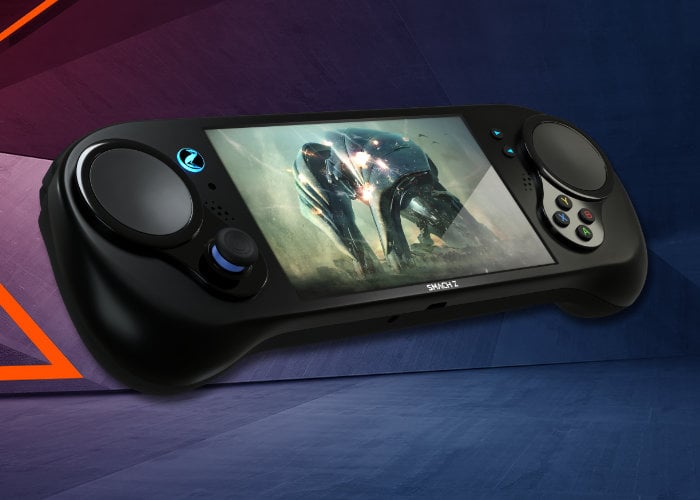 Sporting a redesign somewhere between a steam controller and a PSP the portable PC gaming console is now available to preorder if you missed the crowdfunding campaigns within a couple of options to choose from. For $629 you will receive a Linux system equipped with 4GB of single-channel RAM, 64GB of solid state storage, and no camera. Although if your budget will stretch for $1078 a Windows 10 version is available equipped with 16GB of dual-channel RAM, 256GB of storage, a 5 megapixel camera.

For more details and pre-ordering options jump over to the official Smach website by following the link below.