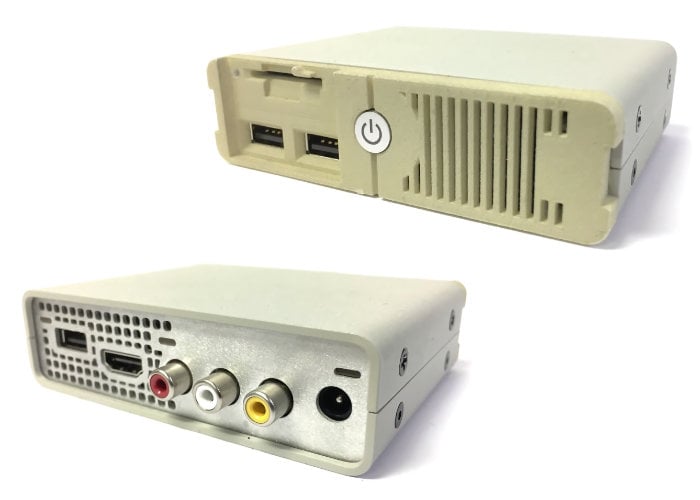 With an aim to join the growing market for mini retro games consoles, the small developing team at Unit-e have created a new PC Classic DOS games console, which will hopefully be launching before the end of the month via Kickstarter. The mini PC console has been designed to provide users with a classic computer that is capable of running games developed for MS-DOS, check out the video below to learn more about the pocket -sized system.

The PC Classic will come with at least 30 games, with more available for purchase separately. We don’t have a list of confirmed titles yet, but the goal is to provide all of the games that defined the PC gaming experience of the 80s and 90s. Current plans are to include at least a gamepad with the system. We’re still reviewing suppliers and hope to offer a mini keyboard and mouse to complement the unit as well. Additional peripherals will be available for purchase on our site.

“The PC Classic is a miniature game console that lets you play classic DOS games at home, at parties, conventions, and wherever else computer games from the 80s and 90s are required. The system is joystick-enabled, pre-configured, licensed, and incredibly easy to use. The system is scheduled to begin crowdfunding in late November/early December 2018, and is slated to release in late Spring/early Summer 2019. Our target price is $99!”

For more details ahead of the launched via Kickstarter jump over to the official Unit-e website by following the link below.