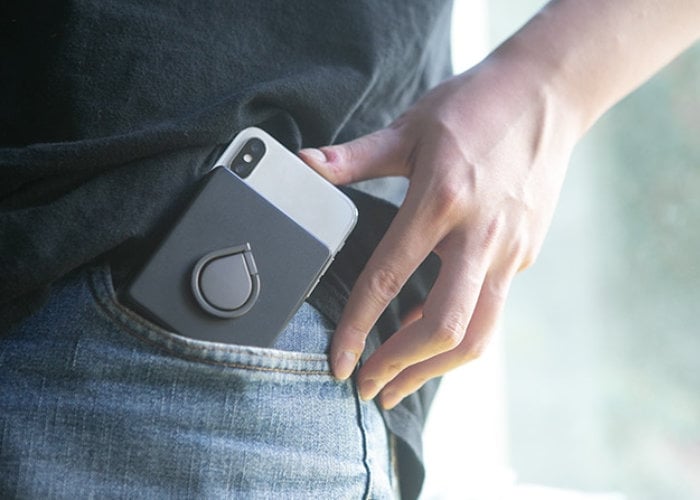 If you are in the market for a small wireless pocket charger you may be interested in a new Kickstarter campaign launched this week for the TinyJuice. Designed to be the smallest self-adhesive true wireless smartphone charger, the TinyJuice is now available to back with early bird pledges available from £15 or roughly $20. Watch the demonstration video below to learn more about its features, construction and design.

“TinyJuice supports fast wireless QI charging. Developed by the Wireless Power Consortium, QI is the industry standard, which defines wireless power transfer using inductive charging over distances of up to 1.6 inches. It is a pocket-sized wireless charging power bank; its NANO-Suction surface will stick to the back of the phone, so you don’t need to worry about losing the connection between the phone and the charger. It also functions as a phone stand and a finger ring for added convenience. What’s more, it has a sleek design and comes in at an affordable price! “

For more details and a full list of all supported devices which include the Apple iPhone: 8, 8 Plus, X, XR, XS, XS MAX and Samsung Galaxy: Note 9, S9, S9+, Note 8, S8, S8+, S7, S7 Edge plus more. Jump over to the official Kickstarter crowdfunding campaign by following the link below.