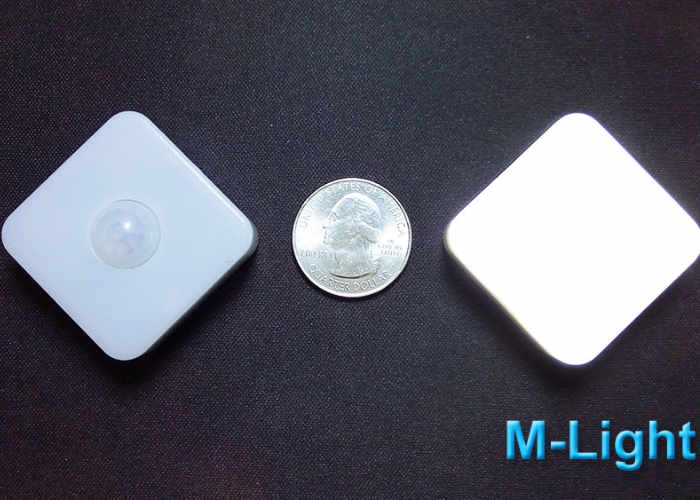 aniFree has created a small form factor combined motion sensor and light called the M-Light 3 which is equipped with an adjustable motion sensor, rechargeable battery and a light activated sensor. The small piece of hardware measures only slightly larger than an American Quarter roughly 35 x 35 x 14 mm in size and measures just 19.5 mm thick. The M-Light 3 sensor is also lightweight and weighs just 17g including the rechargeable battery.

Watch the demonstration video below to learn more about the M-Light 3 which is launched by Kickstarter this week and already past its required pledge goal with still 40 days remaining on its campaign.

Tired of tripping over things in the dark at night? Need a light that doesn’t blind your eyes for your nighttime bathroom trips? Want a clear view whenever you open a cabinet in the dark?  Say hello to M-Light 3, a miniature light that lights up automatically when it detects body motion in the dark. M-Light 3 is the upgraded version of M-Light 2 which we launched March 2017. It introduced a micro-controller and 3 push buttons to make the user operation much easier, and control the lights more intelligently with the programmable software.

M-Light 3 will only light up when it detects motion in a dark environment, which is activated by its PIR (Pyroelectric Infrared Radial) sensor and light sensor. The PIR sensor detects the body motion in front of it within a 110° scope, and has an effective range of around 13 feet (4 meters). The light sensor detects the darkness of its surroundings. Only when both sensors are activated will the LED lights be turned on. The lights will be automatically turned off if no other motion is detected for the specified delay time.

M-Light 3 is now available to back via Kickstarter with early bird pledges starting from just $22 and delivery expected to take place during February 2018. For full specifications and more information jump over to the official Kickstarter campaign page via the link below.