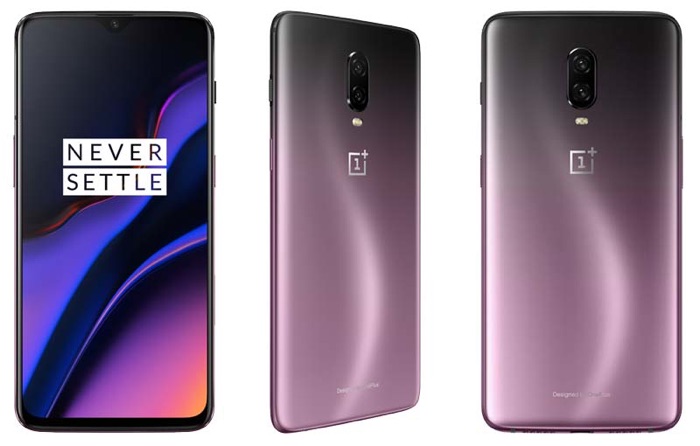 The new Thunder Purple OnePlus 6T recently launched in China, we had previously though that this color option would only be available in China.

Now it looks like the Thunder Purple OnePlus 6T is also coming to the US and the UK, as the official Twitter accounts for OnePlus for those countries have now mentioned t6he handset.

As a reminder the OnePlus 6T features a 6.41 inch display that features a FHD+ resolution of 2280 x 1080 pixels and it is powered by a Qualcomm Snapdragon 845 processor.

As yet there are no details on when the Thunder Purple OnePlus 6T will launch in the US and the UK, as soon as we get some more details, we will let you guys know.