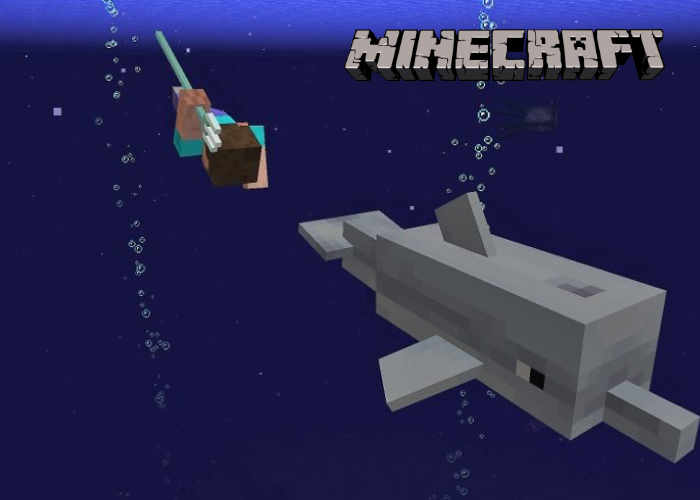 Microsoft’s Major Nelson has once again released a new episode in the ongoing This Week On Xbox series bringing more details this week of the latest Minecraft update to hit the Xbox platform as well as further afield bringing with it a new underwater world to explore. Check out this week’s edition This Week On Xbox To learn more about the Minecraft Aquatic update which brings with it Dolphins, Coral Reefs, Treasure, Shipwrecks and more.

Hitch a ride on a bubble column or go exploring in long-lost shipwrecks on the ocean floor. Fend off sea monsters with your trident and then relax and hang out with some cheerful dolphins. The update splits the oceans into iomes, and each will have different types of fish, coral, and kelp. If you want to build an aquarium, you can catch fish with a bucket so you can place them elsewhere. The sea will hold secrets too, including treasure. These can be found in shipwrecks and around icebergs. Dolphins will swim towards treasure to guide you to the plunder.

The Update Aquatic also introduces a new weapon: the trident. It can be used for both melee and ranged attacks. You can throw it to spear an enemy, but doing so will have the item disappear. Enchanting the trident, however, has it return back to you after each use.

For more information on the Minecraft Aquatic update jump over to our previous post with a great introductory video explaining everything you can expect from the latest Minecraft content. Don’t forget you can watch the interactive version of This Week on Xbox from the Community section of the Xbox One dashboard in Canada, the UK and the US or watch it on the Xbox YouTube channel.