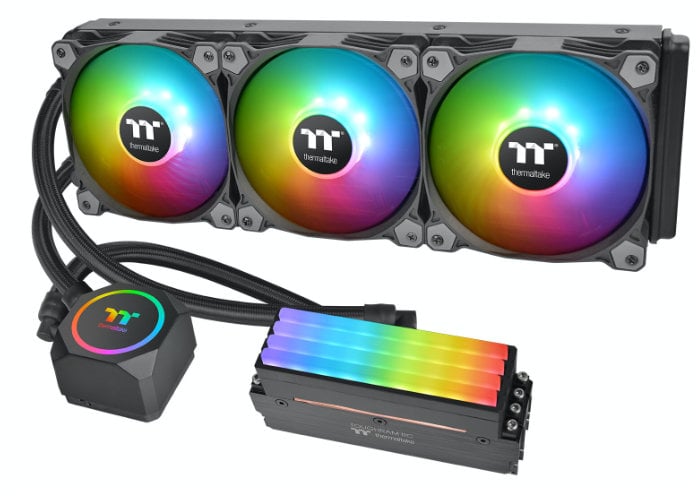 Thermaltake as unveiled a new liquid cooler that cools both a CPU and memory in one system. The Floe RC360 / RC240 CPU & Memory Liquid Cooler is compatible with TOUGHRAM RC DDR4 memory modules.  Unfortunately, no information on pricing or worldwide availability has been released as yet by Thermaltake, but as soon as information comes to light, we will keep you updated as always.

“Our memory modules feature the same quality that customers expect from the TOUGHRAM Memory line. Launching in frequencies of 3,200 MHz, 3,600 MHz, 4,000 MHz, and 4,400 MHz in kits of 8GBx2 modules; users may find a configuration to fit any PC allowing installation capacity of up to 32 GB on mainstream 4-DIMM slots.”

Hardware Supported
It can support the latest Intel and AMD CPU and compatible with universal sockets (including Intel LGA 1200).