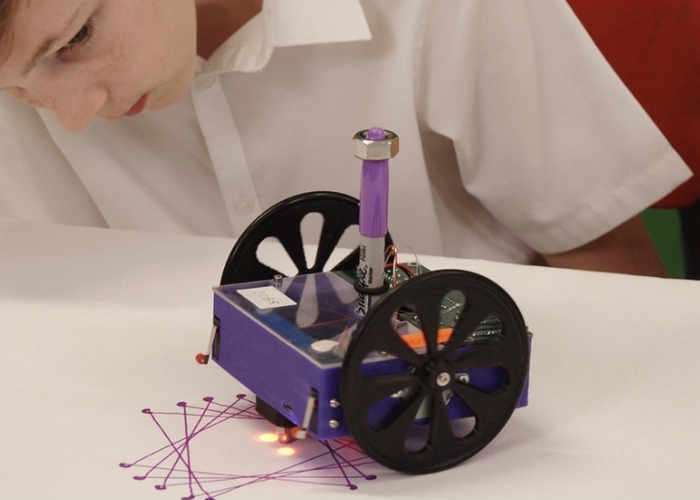 Computing First has launched a new affordable wireless robot this week which takes the form of Mikeybot, specifically designed for families and schools. The theMikeybot can be programmed using any block programming language such as Scratch or similar from any computer platform.

Watch the demonstration video below to learn more about the affordable wireless robot which is taken to Kickstarter this week to raise the £10,000 the team require to take the robot into production.

Pledges start from £50 with delivery expected to take place during January 2018 for early bird backers. Its developers explain a little more about the inspiration behind the wireless robot.

Most schools in the UK introduce computer coding by using a block based programming software such as Scratch (MIT link), Blockly (Blockly link), Mblock (Mblock link) and Snap (Snap link). They then progress to software such as Python (Python link). Although children can learn how to move virtual sprites on the screen, there is a need for a real robot for them to test their coding skills.

For over two years our group has been developing the ‘Mikeybot’ a small robust robot that can be accurately coded using block based programs on an iPad, Android, PC, Mac, Chromebook and even an IT suite of desktops which are connected to a WiFi network. With many years of experience as Computing Specialist Teachers and ICT Consultants in Primary and Secondary Education, we have developed an effective next step, from using virtual programming to real world programming, which can be used for independent learning at school or in the home.