Could this be the World’s thinnest plasma TV, measuring just 1mm thick, I would say it comes pretty close.

This new plasma TV by Japan’s Shinoda Plasma is two metres tall by 3 metres wide, and just 1mm thick, whilst being extremely thin, it isn’t light weighing in at around 200 pounds. 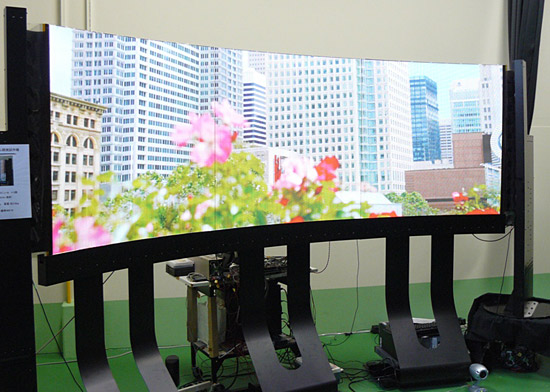 This ultra thin plasma is made from six individual sheets, and it is likely to go on sale later in the year for around $51,000.