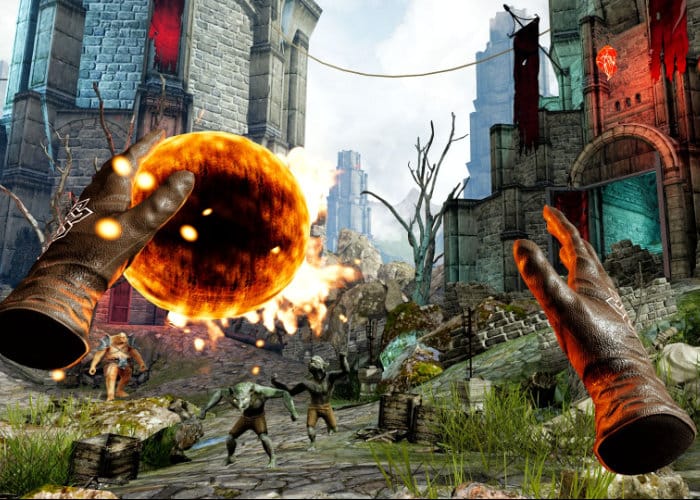 Award-winning virtual reality game The Wizards developed by Polish game development team Carbon Studio has today left Steam Early access and is now available to purchase via Steam and the Oculus Store with a 10 percent launch discount for early purchasers. Check out the release trailer below to learn more about what you can expect from immersive game that allows you to become a powerful wizard taking down enemies with spells cast using hand gestures.

The Wizards includes a unique system of casting spells with hand gestures and acclaimed narration and voice acting by Jason Marnocha. Use your virtual reality motion controllers to destroy your enemies by weaving magic into lightning, fireballs, and other elemental spells.

When you learn the ropes chain combos together and use different tactics against the different monsters and dragons. To make the VR game more challenging or as casual as you like a unique system of Fate Cards allow you to tweak your gameplay allowing you to become the “hero you’ve always wanted to be with powerful spells at your fingertips”.

Features of the virtual reality action adventure include six element base spells you need to learn and upgrade, the campaign featuring time travel, heroic battles on Dragons, together with a high deployability factor thanks to the game modifying Fate Cards. For more information jump over to the Steam games network by following the link below.