The Plus Energy House, which is designed by ILEK, is capable of totally powering itself, as well as two electric cars, and it even produces enough electricity to have some left over so that can be sold back to electricity companies.

The Plus Energy house recently came first in a competition in Germany to build a dream home for Germany’s Federal Ministry of Transport, and it actually has no foundations so it can be moved around and installed basically anywhere. 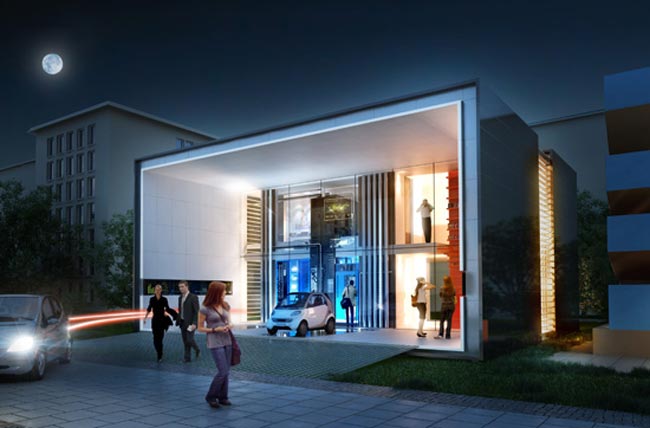 The outer shell of the house is covered in photovoltaic panels and solar thermal systems which are used to generate enough electricity to power the house, and two electric cars, plus all of the hot water needed by the house is produced as well.

Whilst we have seen many designs for sustainable living before, this one is actually being built in Germany, who knows this could end up being the future of housing.