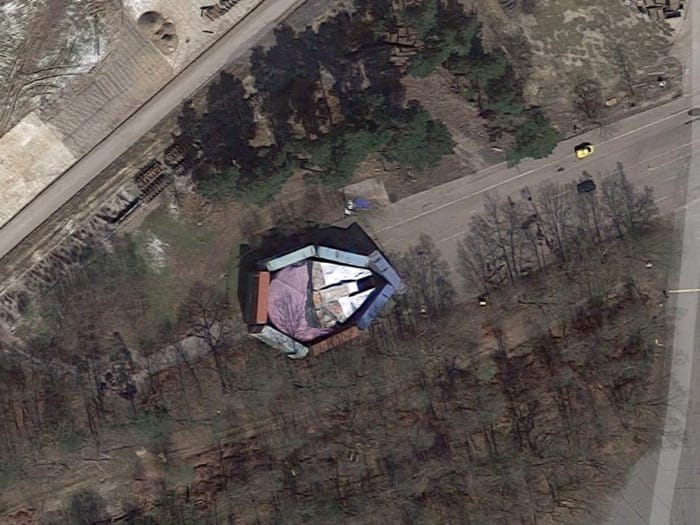 Not long now until the Star Wars The Last Jedi movie arrives, Disney has obviously decided to keep the Millennium Falcon in a safe place until they star filming the next movie, unfortunately for them its location has been discovered on Google Maps.

Disney have tried to hide the Millennium Falcon with some shipping containers, it can be seen in the picture above. It was spotted close to where the latest Star Wars movies have been filmed and can be seen on Google Maps here. The Falcon was spotted by Kevin Beaumont who posted his find on Twitter, you can see his tweet below.

Disney filmed the new Last Jedi movie at Longcross Studios in the UK where the Millennium Falcon is shown on Google Maps, they obviously thought shipping containers would be a good way of hiding it. We guess someone forgot about satellites an Google Maps. The new Star Wars The Last Jedi movie launches worldwide on the 15th of December, from the trailers we have seen so far it looks like another great Star Wars movie.