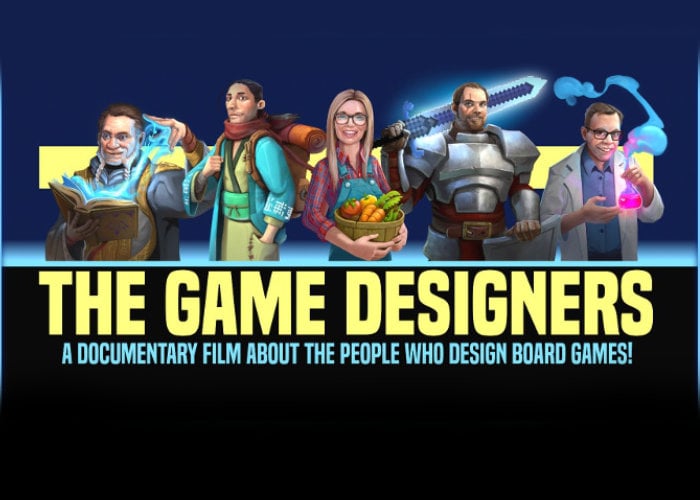 Zoom Out Media has created a new documentary called The Game Designers about the people who design board games and the trials and tribulations they go through to get their game from an idea to a published board game. Watch the teaser below to learn more about what you can expect from the Game Designers documentary film which highlights the work and stories of five board game designers.

“The Game Designers features the many different talented individuals out there who dream up and create the many games that are published each year. These are the individuals that labor tirelessly, for countless hours, night and day to painstakingly develop the games that will (hopefully) become the next big hits of the new season. These games don’t come from nowhere and it takes a lot of time, hard work, dedication, and perseverance to create the products that the gaming public wants to play.”

Within the documentary Matt Leacock and Antoine Bauza share their origin stories and also give a look into their latest projects. While up-and-coming designers Kelly North Adams and Chris Faulkenberry work on publishing and Kickstarting their sophomore efforts, and first-time designer Doug Schepers tries his hand at developing his first title.

Pledges for the full documentary are available from $20 with plenty of extra pledge rewards available with more content, Blu-ray copies as well as a chance to have your name in the credits.