A new flash drive has launched right alongside the final Batman film in the new trilogy The Dark Knight Rises. The flash drive doesn’t have anything to do with the official film, but it is an officially licensed Warner Bros. product. 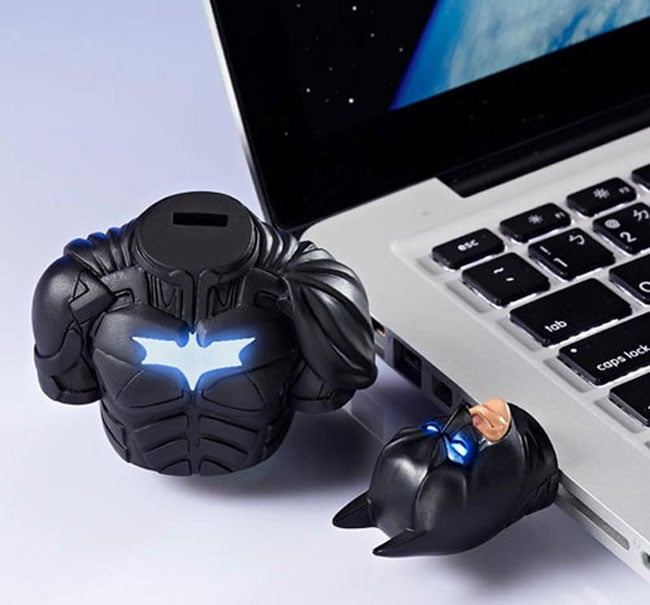 The drive has a removable Batman head, which looks like Christian Bale, with 16 GB of storage inside. The eyes of the Batman head glow blue when it’s plugged into a USB port.

The chest bust also plugs into USB port and acts as a USB hub to hold the flash drive when it’s not in use. The Batman chest logo glows when it is plugged into a USB port. The drive is made from plastic and is about 10 cm tall. Since it’s an officially licensed collectible it’s not exactly cheap at $86.99.