Francois Gissy has set a new world record on his rocket powered bicycle of 285 KM per hour, this breaks his previous record or 263 KM per hour, and it took him just 6.7 seconds to reach the 263 KM per hour, which is around 177 miles per hour.

The 285 KM per hour record was set in Interlaken in Switzerland, and the record attempt was sponsored by Swiss luxury watchmaker Hublot. 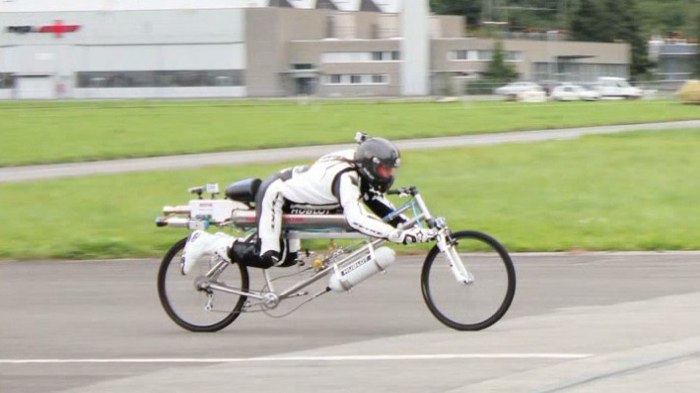 The video below shows the record being set, Gissy’s bicycle was powered by a canister of concentrated hydrogen peroxide, and he managed to do a quarter of a mile run in 7.3 seconds. The track was just 790m long and it took 250m for the acceleration part of the record attempt, with the rest of the track used for braking. 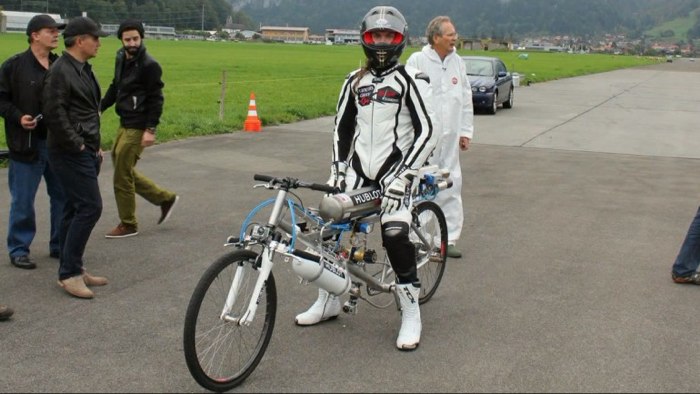 The previous certified world record was held by Fred Rompelberg, who managed a speed of 268.8 KM per hour slip streaming behind a dragster back in 1995.