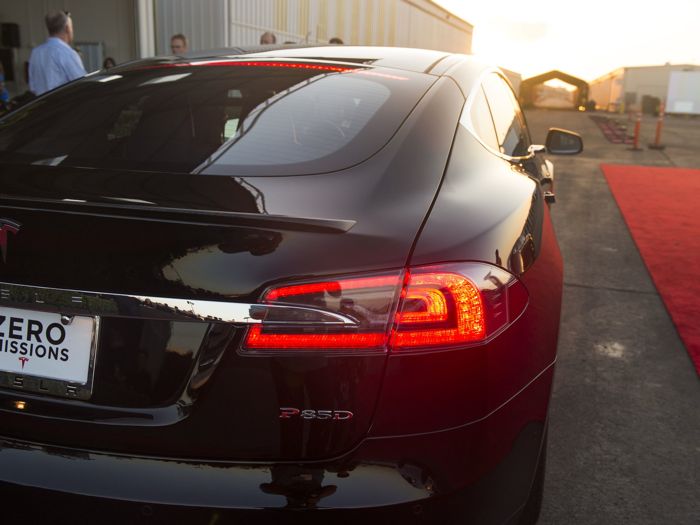 Last week we got to see the new Tesla Model S P85D, and now we have more details on how much the top model P85D will retail for, $122,090 including destination fees.

The $122,090 price tag is before tax incentives, there will also be two other models with the dual motors and less power, Tesla has not revealed the exact pricing on these as yet.

The new Tesla Model S P85D comes with some impressive specifications, which include supercar performance, in a saloon, the two engine manage to generate a massive 691HP and can propel the Model S D from 0 to 60 MPH in just 3.2 seconds, this is the same as the McLaren F1.

This is one second faster than the existing top of the range Tesla Model S, and the new Model S P85D can run a quarter of a mile in 11.8 seconds.

Tesla will launch the new P85D next year, and as well as the dual engines, there will also be a new autopilot option on the three models of the model S.