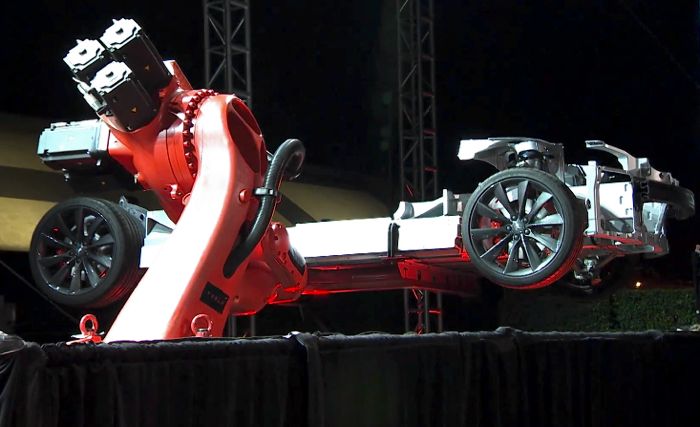 Earlier today we heard that Tesla had announced a new dual motor version of the Model S, which is called the Tesla Model S D, and now Tesla have released a video, showing Tesla CEO, Elon Musk unveiling the vehicle.

In the video below Elon Musk explains how the new dual motor system on the Tesla Model S D works, he also talks about the vehicles new auto pilot system.

The Tesla Model S D will be available in a range of models, the top Model S D will come with top speed of 155MPH and it is capable of traveling from 0 to 60 MPH in just 3.2 seconds, as fast as a McLaren F1.

The new Tesla Model S D will go on sale in February of next year in the U.S., you can find out more details about all three versions of the car over at Tesla at the link below.