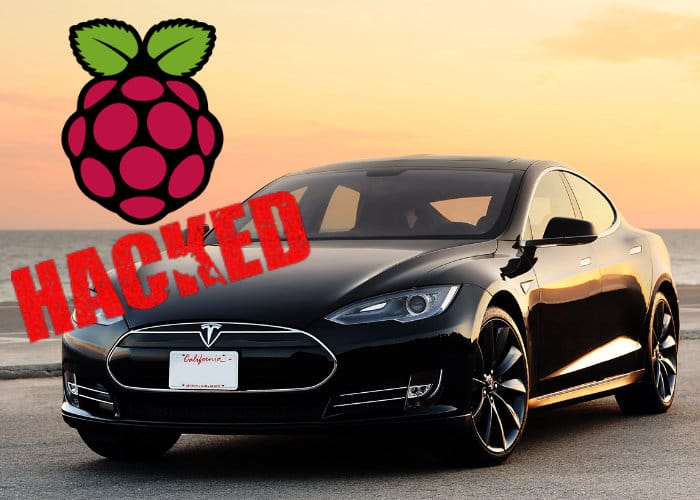 It seems that researchers from KU Leuven University in Belgium have been able to use the system powered by a Raspberry Pi to hack Tesla Model S units manufactured and sold before June 2018. Check out the video below during which researchers clone the key fob of the Tesla Model S within two seconds, allowing anyone to open the car’s door and start the engine.

The team used reverse engineering to clone the Tesla key fob and used a system built using a Yard Stick One Radio, a Proxmark radio, a Raspberry Pi minicomputer, some batteries and a database of all the possible digital entry keys. Once a Tesla key fob is triggered an encrypted code is sent sealed by a cryptographic key. This signal is received by the car’s radio to open the gate and start the car’s engine. The team found that the Tesla’s key fobs use a 4–bit cipher for encryption which is weak and susceptible to hacks.

“Today it’s very easy for us to clone these key fobs in a matter of seconds. We can completely impersonate the key fob and open and drive the vehicle,” Said Lennert Wouters, one of the researchers demonstrating the flaw in the electric car. Tesla owners should not be too worried though as the hacking team contacted Tesla and a software update has also been issued by the car manufacturer to prevent the hack from happening in the future.