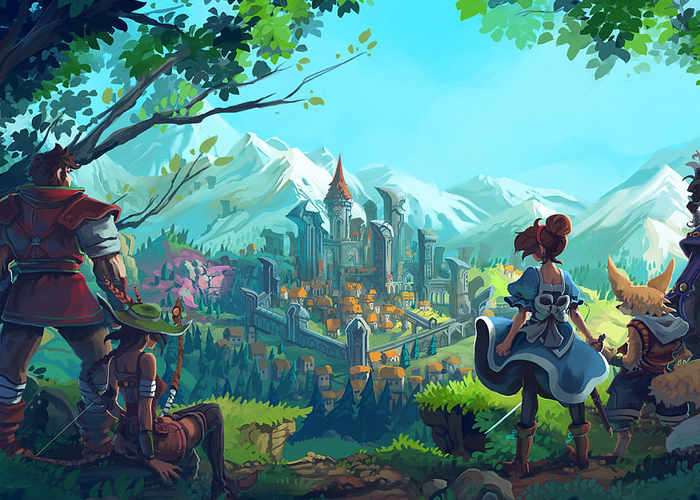 Elliot Mahan Solo Developer at Sungazer Software has taken to the official PlayStation blog this week to reveal more details about the new indie role-playing game that will be launching in a few days time on June 27th and takes the form of The Tenth Line.

Check out the first gameplay trailer which has been created to provide a look at what you can expect from the game on the PlayStation 4 platform. Elliott explains more about the launch and what it means to him.

Hello, everybody! My first commercial project, The Tenth Line, is coming to PlayStation 4 on June 27th. It’s been a lifelong dream of mine to have a game of my own creation appear on a home console, and I’m thrilled that it’s finally happening!

The Tenth Line is a platformer/RPG that takes great inspiration from PlayStation RPGs of the late 90’s, when the genre really shined with memorable stories, grand soundtracks, and unique takes on RPG traditions. The Tenth Line promises all this and more, with an unforgettable cast of characters, original battle and progression mechanics, and a fantastical story about friendship, faith, and finding your place in the world.

The Tenth Line takes place in a colorful fantasy world populated by humans, beasts, and dragons, all struggling to coexist in the troubled times following the assassination of the king of Skyweather. You’ll control the princess of the tiny kingdom of Easania, far from home and on the run from a mysterious cult in hot pursuit. After escaping their clutches, she enlists the help of a pair of unusual but reliable beastmen, promising them wealth and glory beyond their wildest dreams should they escort her home safely. But, with the long-prophesied end of the world fast approaching, can she thwart the cult and make it home before the end of days?

Jump over to the official PlayStation blog for more details.