Windows Phone is gaining popularity with time, and many popular developers are releasing applications and games for the operating system since it runs on almost 10 percent devices at least in Europe.

Recently, a lot of popular games and applications made their way to Windows Phone (Angry Birds Go, 500px, and more), and its time for another release. The popular Temple Run 2 is officially available on Windows Phone Store for devices running Windows Phone 8. 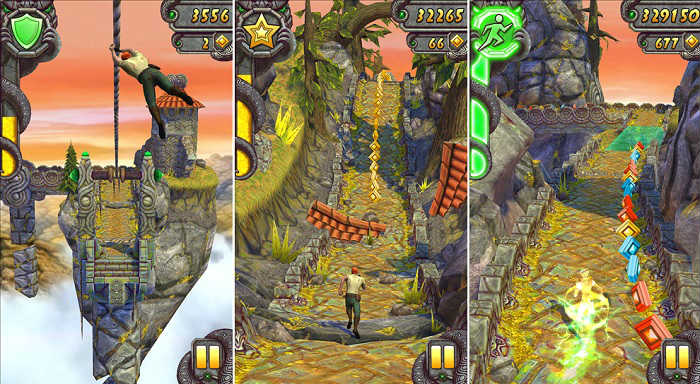 The game is available on other major platforms and doesn’t need an introduction. But, if you still don’t know what the game is all about, I’ll do a brief introduction for your. You will take the place of an endless runner chased by meat-eating monkeys, with hurdles on the way, running in to caves, trying to save yourself. On your way, you will collect coins and power ups to help you get more points.

“It probably needs no introduction, but the sequel to one of the most popular endless runner games of all time offers a gorgeous new environment and new obstacles—everything from zip-lines and mine tracks to sharper turns, waterfalls, and bursts of flame. There’s a bigger, scarier monkey chasing you, too. But fear not: this Xbox title features plenty of power-ups to help you rise to the challenge,” says Microsoft’s Michael Stroh.

If you’re a Temple Run fan, simply head over to the Windows Phone store and download the game.