Following on from yesterdays teaser announcement by Valve for their new upcoming Team Fortress 2 Two Cities update, which Team Fortress 2 fans will be pleased to know Valve has today been made the new update available to play, together with a new trailer which can be viewed after the jump.

The TF2 Medic has also been enhanced for the new encounter and can now bring dead teammates back to life, deploy an upgradable shield to repels projectiles while electrocuting robots, as well as shoot Mad Milk syringes. 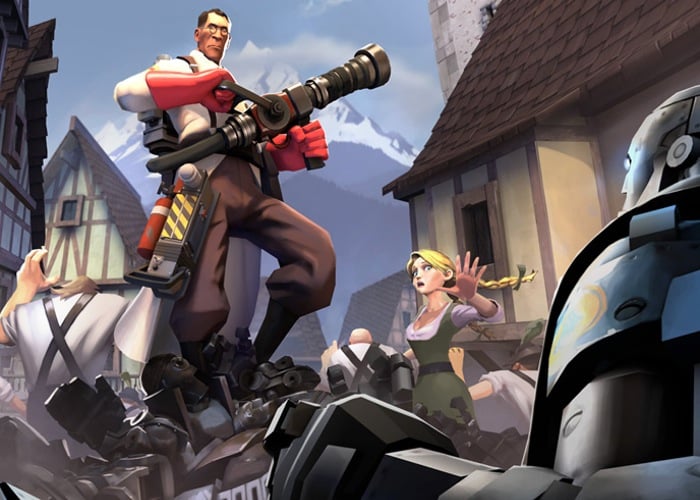 The new Team Fortress 2 Two Cities is now available. Mann vs. Machine lets you and five friends fight a lethal horde of robots on new maps, with the opportunity to upgrade abilities and weapons along the way.

“The second of our Two Cities finds the mercs defending the Medic’s vaguely European hometown of Rottenburg — a sprawling village famous for its centuries-old traditions of 1) chasing the next in the resident lineage of mad doctors out of town with torches and pitchforks whenever they swapped out too many super-charged baboon hearts, and 2) never having been attacked by an army of robots. “

For more information on the new Team Fortress 2 Two Cities update jump over to the official Valve website for details.