Synology have today launched their new DS212j NAS Server which has been designed specifically for the home user and features dual drive bays, allowing you to add up to 6TB of storage. Using Synology apps you can also view data or stream music and videos stored on the DS212j directly to your iOS or Android device no matter where you might be.

Synology has redesigned the cassis on their new DS212j NAS Server to offer improved cooling over previous versions. Its powered by a 1.2GHz processor supported by 256MB RAM with Gigabit LAN connectivity and 2 x USB 2.0 ports. 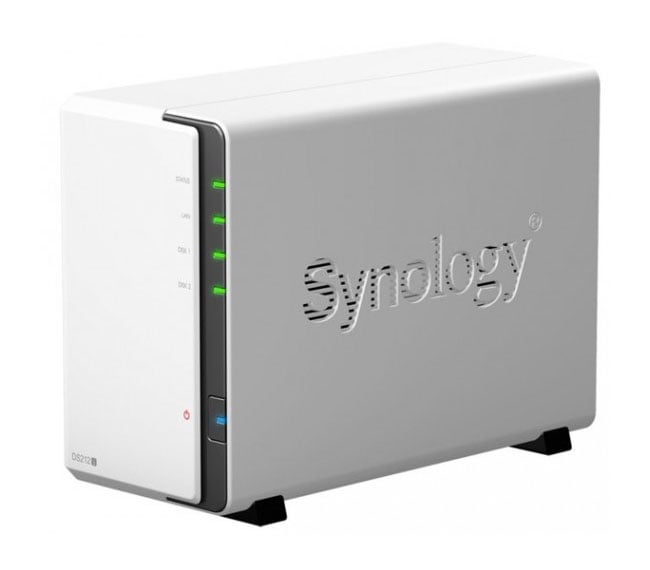 Power consumption is clocked at 17.6W in operation and 5.5W in hibernation and the Synology DS212j NAS Server is now available worldwide for around £162 or $220.