The SwiftKey Tablet Software will launch at the same time as the Motorola Xoom, and it comes with a wide range of feature which make it look like one of the most interesting virtual keyboards we have seen to date. 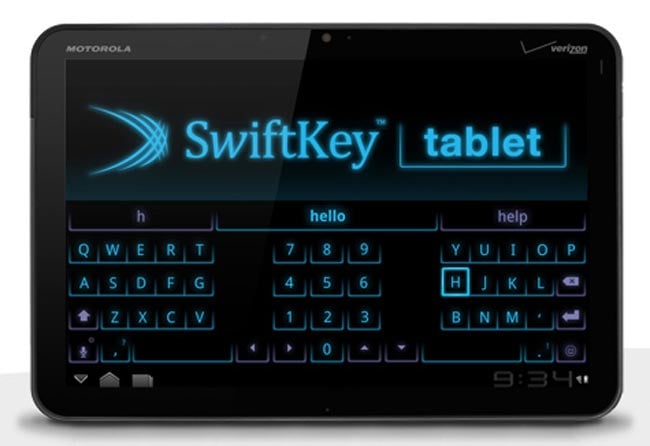 As you can see in the video below, the SwiftKey Tablet virtual keyboard comes with a range of programmable feature which include a custom dictionary, word prediction and even punctuation prediction.

Whats interesting is that SwiftKey Tablet will be capable of analysing your online profiles from sites like Gmail, Twitter, Facebook and many more, it can then  learn how you write and will tailor the keyboard to your typing.

The SwiftKey Tablet virtual keyboard will also feature multi language support, and can offer predictive text in a range of different languages. It runs on a new core prediction engine, which is called Fluency 2.0, and this is actually built into Android 3.0 Honeycomb.

It certainly does look like one of the coolest virtual keyboard we have seen so far out of all the different ones on tablets and mobile devices.