Swann is a company that made its name in home security with things like cameras. The company branched out into RC toys and sells for interesting remote control flying toys. Swann has now announced a new flying toy called the Swann Quad Starship that looks similar to the Parrot AR.Drone. The Swann device has four rotors and is much cheaper than the Parrot device. 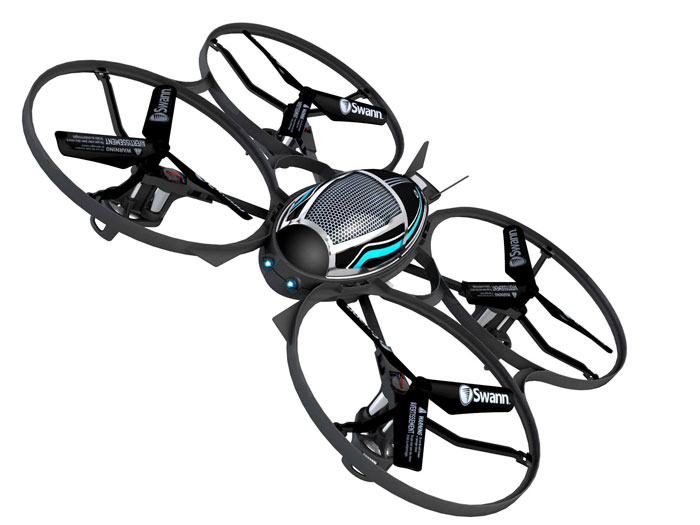 Swann is selling the Quad Starship for $79.99 and it will be available in stores like Amazon, Fry’s, Tiger Direct, and B&H. The flying toy has a 2.4GHz controller and a 330 foot range. That means you can control the toy from a long way away. Power for the controller comes from four AA batteries.

The helicopter charges with a USB cable. Like most flying toys of this type, the flight time is very short. Each charge of the helicopter gives you eight minutes of flight time. The toy is designed for indoor flying and is light enough that it shouldn’t break anything in the hose if you crash. The quad Starship can fly forwards, backwards, and sideways. It can also perform stunts like flips and more.