Gamescom 2011 has already provided some great game trailers this week in Germany, and the latest to be released is a stunning 5 minute Guild Wars 2 trailer, that won’t disappoint.

Last year at Gamescom AreanaNet won the Online Game of the Year award and has come back this year looking to defend its title with the launch of a new playable build of the anticipated MMO. Watch the trailer build into a crescendo of battles after the jump, showing how the five great races competed and warred against each other, struggling to tip the balance of power in their favour. 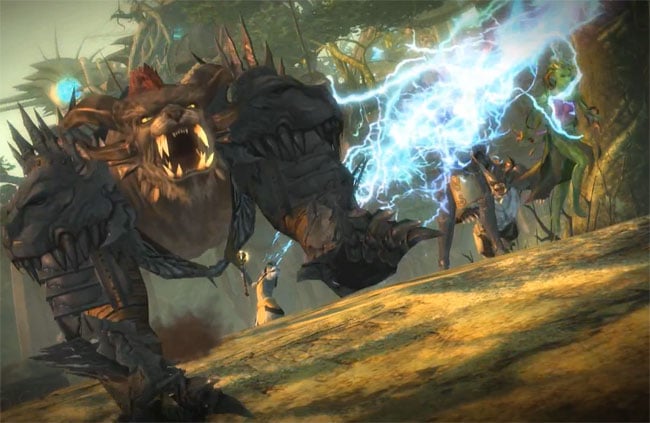 Unfortunately no launch date has been released as yet by AreanaNet, but when the new game does launch it will be an exclusive to PC game.