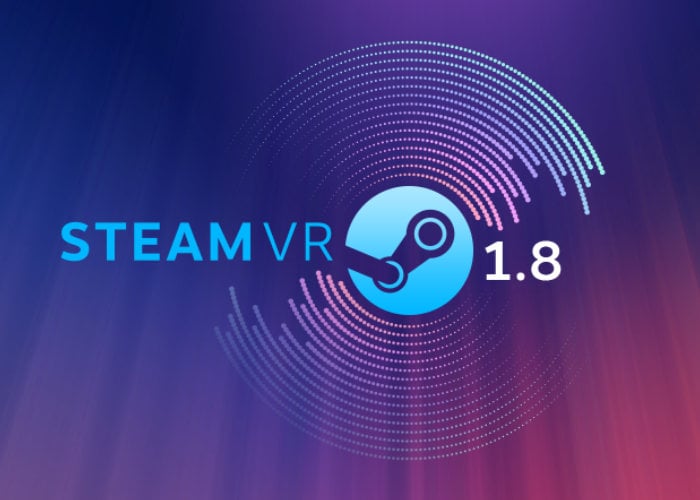 Valve has announced the roll-out of a new update for its SteamVR application in the form of a 1.8 release bringing with it improved Vive Cosmos VR headset support together with a wealth of other features including the ability to automatically select audio. Valve explains a little more about the new features :

“SteamVR will now select the appropriate input and output audio devices for the active headset on startup. Upon exit, SteamVR will restore audio devices to their previous state. Further customisation is accessible via SteamVR settings (including selection of alternate audio devices).”

Other features within the latest SteamVR 1.8 update include :

– “Improved reprojection logic”
– “Added idle image to docked VR View when headset is in standby or otherwise not tracking.”
– “Default audio selection currently works for Index, Vive, Vive Pro, Rift, and Rift S. Audio for Windows Mixed Reality HMDs is managed by the Mixed Reality portal, but is compatible with this update. In the near future OpenVR HMD drivers will be able to tell SteamVR about associated audio devices for default support.”
– “Audio input and output settings are saved per HMD type. Switching between multiple HMDs will preserve the audio settings from each HMD, and using a new HMD for the first time will default to using the appropriate audio devices for that HMD.”
– “Audio mirroring can be directed to the Default computer device or any specific output device. When mirroring is enabled and Default is selected, sound from the VR headset will also play on whatever audio output was default when SteamVR launched.”
– “When Index HMDs are used for the first time, or after an audio driver update, the volume level defaults to 40% instead of 100%.”
– “Improved responsiveness of sound and notification accompanying a screenshot”
– “Improved laser mouse (controller and HMD) interaction with the desktop overlay.”
– “Fixed trackpad and thumbstick scrolling on many controllers.”
– “The Grab filter for Index Controllers can be tuned to use either proximity or force to initiate the grab and to release the grab. Both modes can be mixed, enabling bindings that require a squeeze to grab but only a light touch to maintain the grab.”