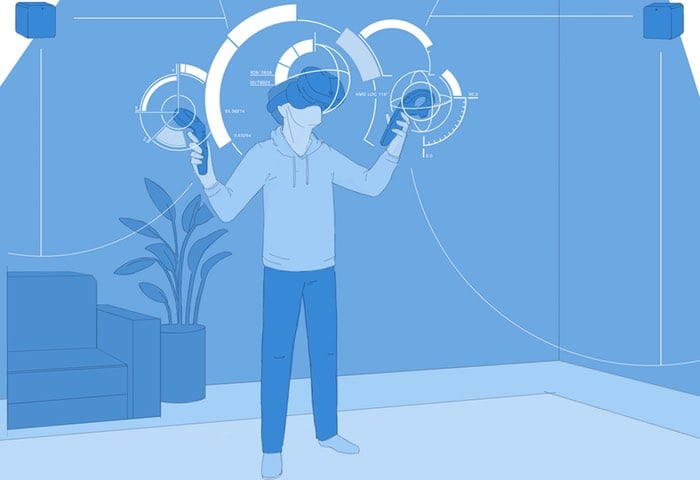 Valve has today announced the that the technology behind their HTC Vive room scale tracking has been made open source and royalty free. Allowing those interested to use the SteamVR Tracking technology in projects without the need to pay a licensing fee to Valve.

The SteamVR Tracking system consists of two 120 degree multi-axis laser emitter which are self-contained and are supplied as to base stations that can be used for 360 degree coverage.

Valve explains a little more about the technology behind their HTC Vive room scale tracking which is available now as open source.

Whether you’re building a VR golf club or an indoor quad-copter, 3D tracking is the heart of your product. Developed in-house at Valve, SteamVR Tracking is a hardware/software solution that lets your devices know in real time where they are, within a room. Valve is now making SteamVR Tracking fully available to other companies, without licensing fees.

The SteamVR Tracking Basestations sweep the room with multiple sync pulses and laser lines, reaching out to about 5 meters. By keeping careful track of the timings between pulses and sweeps, the SteamVR Tracking system uses simple trigonometry to find the location of each sensor to within a fraction of a millimeter. By combining multiple sensors, 2 basestations, as well as adding a high speed IMU (inertial measurement unit), SteamVR also calculates the tracked object’s orientation, velocity, and angular velocity, all at an update rate of 1000Hz.

From prototype in late 2014 to consumer delivery in early 2016, the HTC Vive is the world’s leading virtual reality experience. Built on top of the SteamVR tracking technology, the HTC Vive provides a unique, Room-Scale, 360° VR experience, used by hundreds of developers and hundreds of thousands of gamers world-wide to experience the latest VR games. The SteamVR Tracking component of the HTC Vive has been updated frequently with new features, optimizations, and bug fixes. Throughout the product launch and through innumerable game application updates, it has continued to provide the world’s best VR experience.

For more information on the new open source SteamVR Tracking technology jump over to the Valve website for details by following the link below.