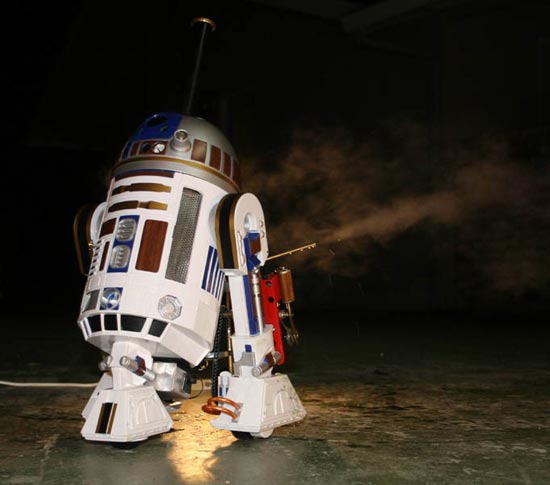 Check out this fun R2D2 which is powered by steam, created by the guys over at Crabfu. 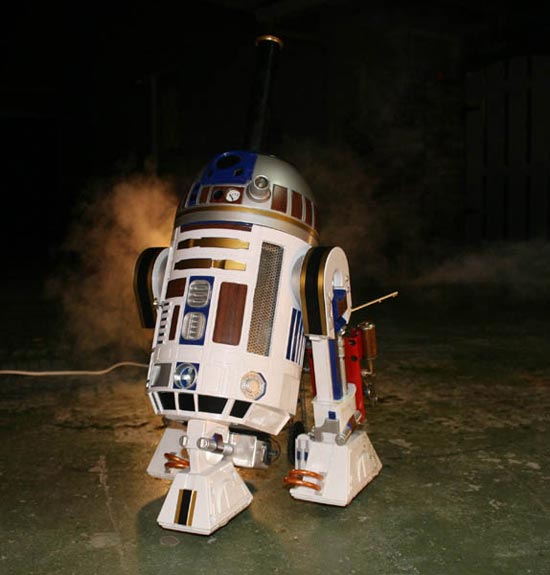 This fun steam powered R2-D2, now called R2-Steam Too was created using a broken Hasbro Interactive Droid, in which the electric  motors were replace with a shaft and sprockets which were attached on the outside. 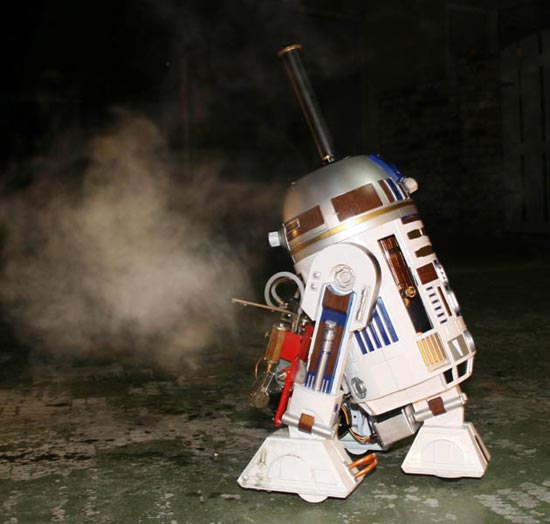 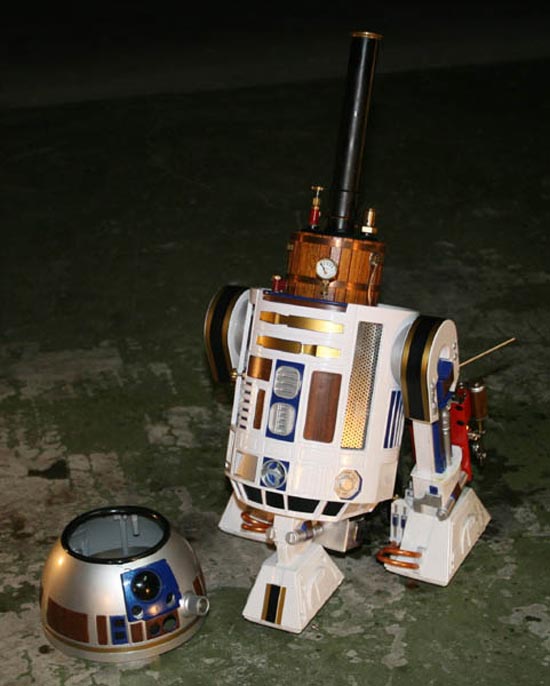 Also inserted into this fun R2-D2 were two steam engines, which power the sprockets and chains, as well as an old Cheddar Bolier which was put into the body of R2-D2, here’s a video if R2-S2 in action.

Head on over to Crabfu for lots more pictures and details on this fun R2-D2 mod.