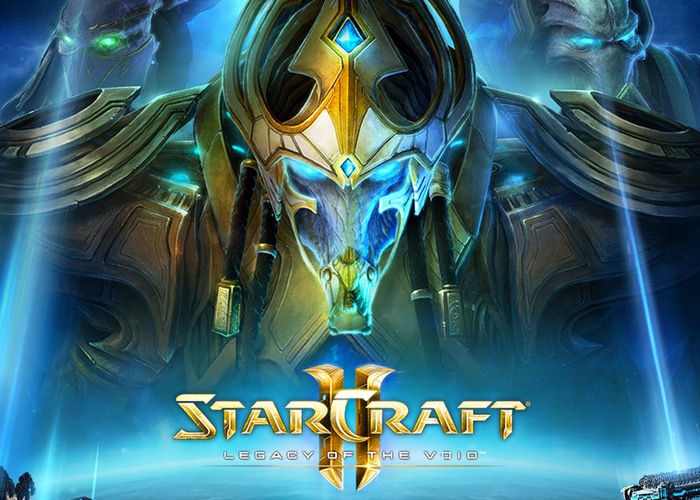 Starcraft 2 players looking forward to the launch of the new Legacy of the Void  will be interested to know about a new co-op mode that will enable two players to command one base, that was unveiled during this years BlizzCon event.

During this weeks BlizzCon event Blizzard Entertainment confirmed that it will be releasing a new add-on for the popular Starcraft 2real-time strategy game after the announcing thrilling conclusion to the StarCraft II saga, “Legacy of the Void” the third episode of StarCraft 2’s story.

A few details of the new Starcraft 2 game were unveiled including a new “Archon Mode,” that will provide a new multiplayer mode enabling two players to team up and control one base and one army, battling against another pair of players. Check out the new Legacy of the Void – Oblivion trailer below as well as the opening ceremony of the BlizzCon event.

Unfortunately no information on pricing or worldwide availability has been released as yet by Blizzard for then new update or game, but as soon as information comes to light we will keep you updated as always. For more information on the new Legacy of the Void jump over to the official website for details.

“You are Hierarch Artanis, leader of the mighty protoss race. Years ago, your homeworld of Aiur fell to the merciless zerg Swarm. Now, at long last, you have raised a powerful fleet of warships known as the Golden Armada, and are poised to reclaim your world. But an ancient evil—Amon—threatens this destiny and the fate of the entire galaxy. Only you can reunite the protoss factions and defeat the coming darkness before it consumes all life in the sector.”