Disney Mobile, in partnership with LucasArts and NimbleBit has today announced the launch of  the new Star Wars Tiny Death Star, Star Wars based game that fans are sure to enjoy.

The new Star Wars Tiny Death Star game has launched simultaneously on iOS, Android and Windows devise and provides gamers with an 8-bit environment to enjoy amidst a civil war in a galaxy far, far away. 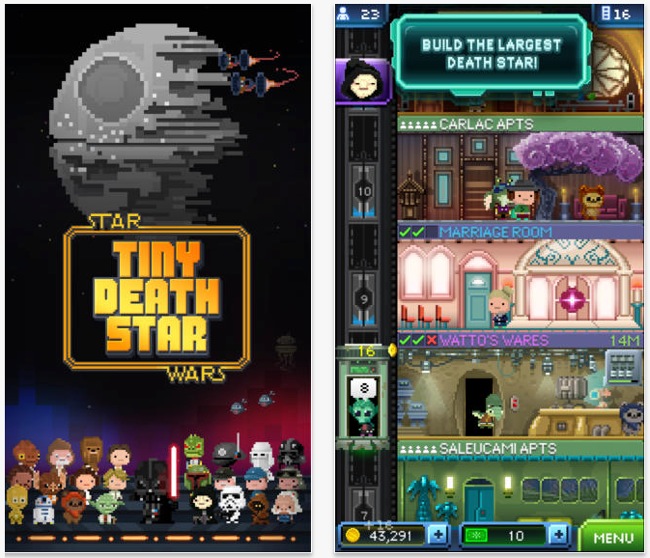 Star Wars Tiny Death Star allows players to build their very own Death Star and hire stars wars galactic citizens as well as fuel the empire’s evil schemes underground, capture rebel spies and unlock entertaining story moments. Check out the new trailer for the game after the below. 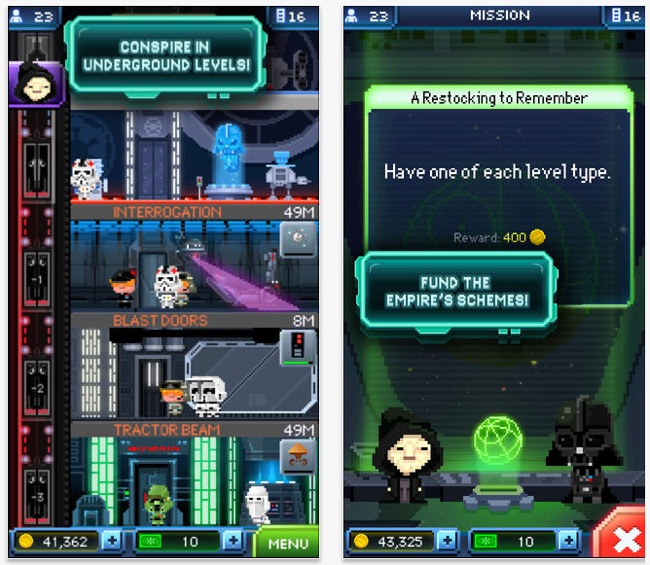 “The Emperor is building a Death Star level by level, and he needs your help. Intergalactic war is expensive, and space stations are, too. Do you have any idea how much it costs to build one the size of a moon?

Live life on the dark side, and join Emperor Palpatine and Darth Vader on a mission to attract Galactic bitizens, run intergalactic businesses, and build an all-new Death Star! With that hard-earned money, fund the Empire’s evil schemes to defeat the Rebels and conquer the galaxy once and for all!”

The new Star Wars Tiny Death Star game is now available to download for free from the iTunes App Store, Google Play, and Windows Phone stores for free and also for a limited time only, get 50% extra in-game cash to put towards your new Death Star.