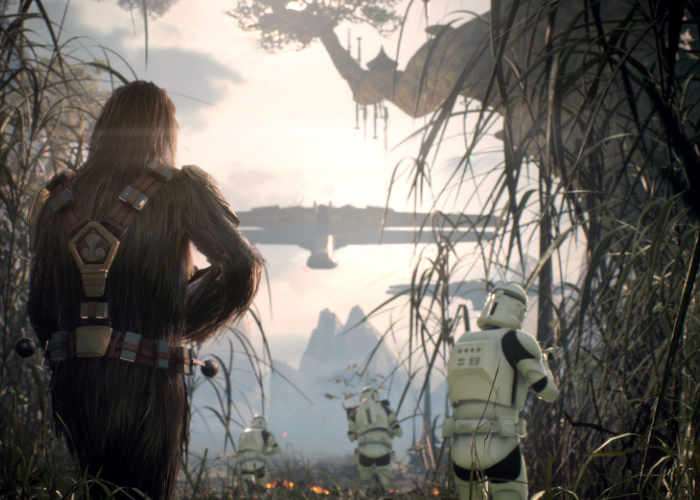 Players who pre-order will be able to gain access to the Battlefront II beta October 4th 2017 and the beta opens to the public October 6th, and lasts through October 9th.

Live the untold Star Wars story of Iden, an elite Stormtrooper, in an original single-player story. Battle on land and in space in an expanded multiplayer experience with iconic heroes and villains, thrilling space battles, and a deep progression and customization system.

• Join the Separatist droid army or the Republic Clones on the streets of Theed in massive 40 player multiplayer melees.
• Choose from four distinct trooper classes:
• Assault troopers are classic flankers, pushing the line forward and advancing the front.
• Heavy troopers use their high-powered weapons and personal body shields to take ground and hold it.
• Officers power up their teammates with buffs and deploy remote weapons to support their allies.
• Specialists lay traps and snipe from a distance.
• Control beloved Star Wars heroes, pilot prequel-era vehicles, and more.

Multiplayer Starfighter Assault – We’re not sharing all the details around this yet, but we can tell you that you’ll be able to take part in an epic starfighter assault set during the original trilogy era, piloting an assortment of Star Wars’ greatest ships in an objective-based, multi-stage battle. You’ll be learning much more about starfighters in Star Wars Battlefront II at gamescom.