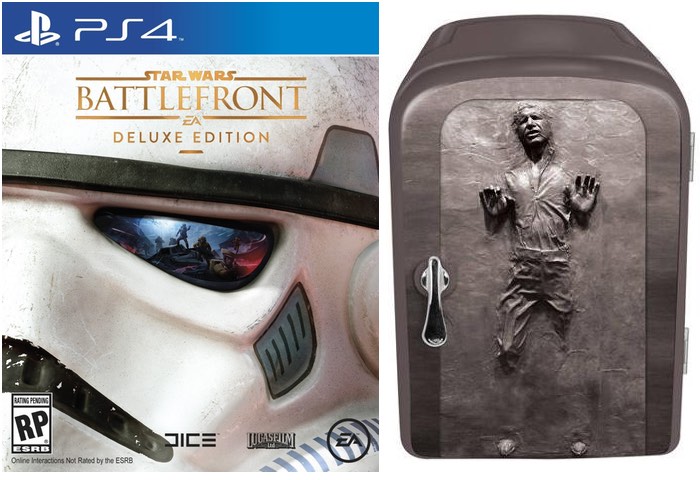 Gamers considering purchasing the Star Wars Battlefront game that is currently available to preorder and will be officially launching on November 17th, 2015.

May be interested to know that the Star Wars Battlefront Deluxe Edition is also available complete with a Han Solo Fridge to keep your drinks cool as you play, and is now available at Walmart priced at $130.

The unique Han Solo Mini Fridge can hold a 6 pack of soda, and also includes a warming function that keeps food from getting cold. Dimensions: 10″ L x 7.48 W x 12.20 H. 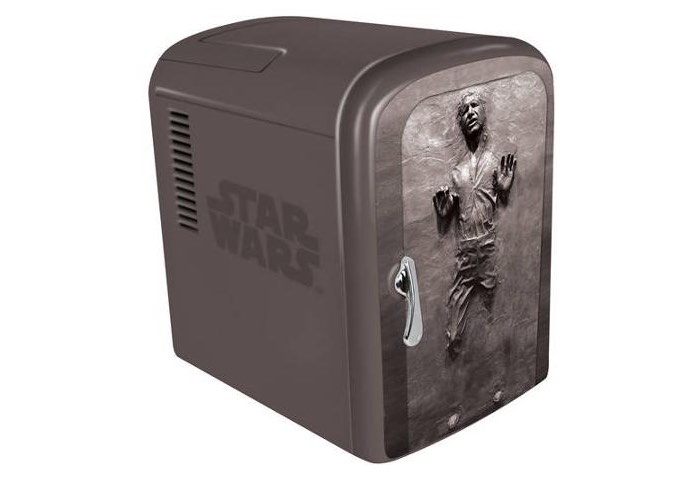 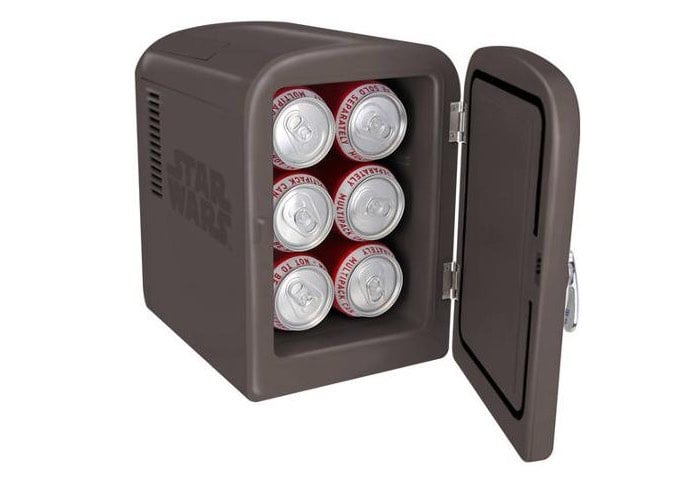 Other features of the Star Wars Battlefront Deluxe Edition include :

• The DELUXE EDITION unlocks 5 in-game items: DL-44 blaster, Ion Grenade, Ion Torpedo, Ion Shock, Victory
• Visit classic planets from the original STAR WARS trilogy, detailed with an unprecedented amount of realism and sense of authenticity that will transport you to a galaxy far, far away
• Experience amazing digital replicas of the original STAR WARS movie models, brought to lifelike fidelity by DICE’s use of photogrammetry technology
• Engage in epic battles on iconic planets including Hoth, Endor, and Tatooine. Also, bring the fight to the previously unexplored planet, Sullust.
• Pilot a diverse set of ground-based vehicles including nimble speeder bikes, massive AT-ATs, and more
• Play as some of the most memorable characters in the STAR WARS universe including Darth Vader and Boba Fett
• Encounter a variety of beloved characters from the original trilogy such as C-3PO and R2-D2
• Pilot the Millennium Falcon, X-wings, TIE fighters, and more of your favorite vehicles in exhilarating aerial combat
• Battle alongside your friends online or in offline split-screen Co-op mode
• Seamlessly swap between 1st person and 3rd person views