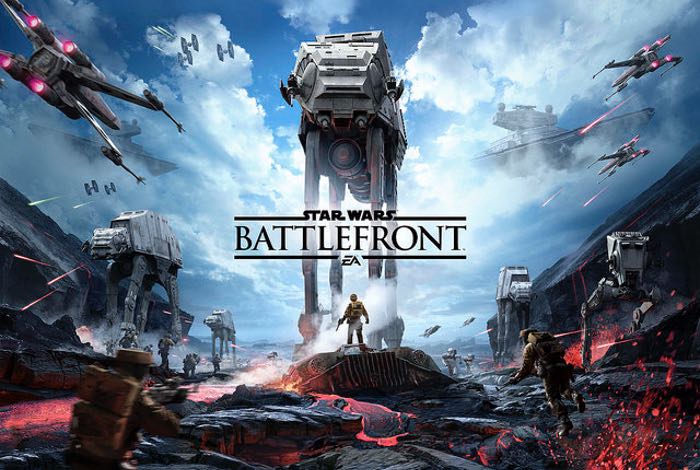 Justin Massongill from SCEA has revealed more details about the highly anticipated new Star Wars Battlefront game over on the Playstation Blog together with a the first trailer providing a glimpse at what you can expect from the game that will be launching later this year.

DICE who are developing the game has had unrestricted access to the Star Wars vault thanks to their close partnership with Lucasfilm and Star Wars Battlefront will launch on November 17th 2015 ahead of the new Star Wars movie also due out later this year in December.

To create the 3D images for the models in the game photos of Star Wars film props were taken from all angles are taken of actual, then imported and built inside the game, says DICE.

“This technology is what allows us to see every last nick and notch in a Stormtroopers helmet, or the ridges and scratches on the grip of a blaster. These are actual pieces of physical gear that have effectively been imported into the in-game universe.”

“Players can find power-ups during battle, ranging from missile launchers and overshields to more serious upgrades like a personal X-wing or walker, or even the ability to become a hero or villain like Darth Vader himself. These can be turning points in a battle; a skilled player controlling a Sith Lord is not a force to be trifled with.

Star Wars Battlefront is primarily an online multiplayer game, but there are solo and co-op modes (both online and local split-screen) as well. “Missions” are designed to be highly replayable, and appealing to both casual and core players with different selectable difficulty levels. Co-op includes a new partner system that lets more experienced players help rookies get up to speed by sharing their unlocks and power-ups.”

For more information on the new Star Wars Battlefront game jump over to the PlayStation Blog website for details via the link below.