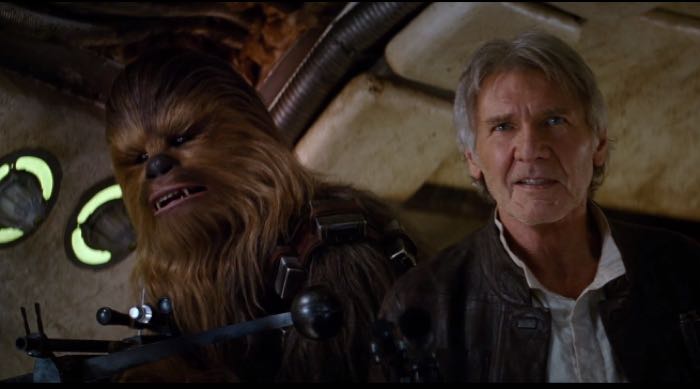 Lucasfilm and Disney have released their second Star Wars The Force Awakens trailer and this one gives us a little more insight into what will be happening in the seventh Star Wars movie.

The new Star Wars Force Awakens movie features some of the original cast including Harrison Ford, Mark Hamill and Carrie Fisher and in this trailer we see the return of Han Solo and Chewbacca.

You can see the new Star Wars Force Awakens trailer below, it features Mark Hamill as the voice over for the trailer.

You can also see the first teaser trailer below that was released back in December of last year, the movie will be in theaters this December.