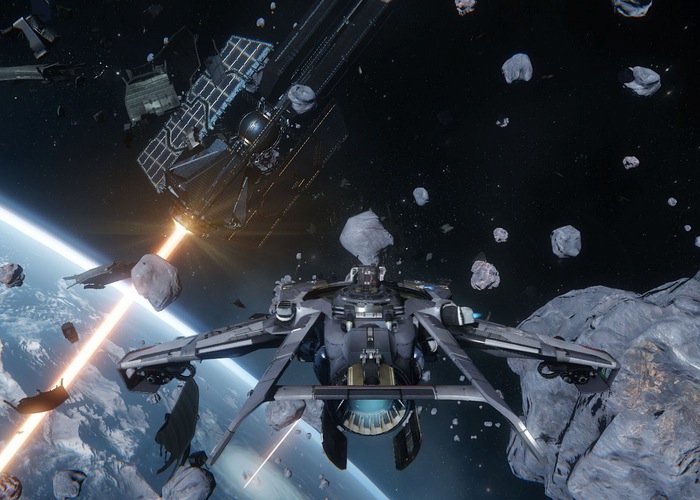 This week Roberts Space Industries the developers behind the hugely popular Star Citizen game have released a new Star Citizen Arena Commander update and trailer showing that backers are now able to engage in space combat with others.

Check out the trailer showing the games dogfighting space combat thanks to the release of the Star Citizen Arena Commander V0.8 update and first public beta after the jump.

Star Citizen Arena Commander V0.8 includes multiplayer functionality for the Battle Royale and Team modes which are now both available for a small number of backers from today. The games developers explain that as the Arena Commander becomes more stable the area will open up for more players to enjoy. Chris Roberts lead developer of Star Citizen explains a little more:

“The build we are releasing today is what we’re calling Version 0.8. You can download it by either updating your existing Hangar through the launcher or by accessing the Star Citizen Download page. V0.8 will give every qualified backer access to the Vanduul Swarm and Freeflight modes and includes the ability to fly the Aurora, 300i and Hornet.

If you haven’t pledged for one of these ships, we’ll give you a loaner that is the closest in class to what you fly; we want everyone with Alpha access (or an Arena Commander pass) to get their first taste of spaceflight! ”