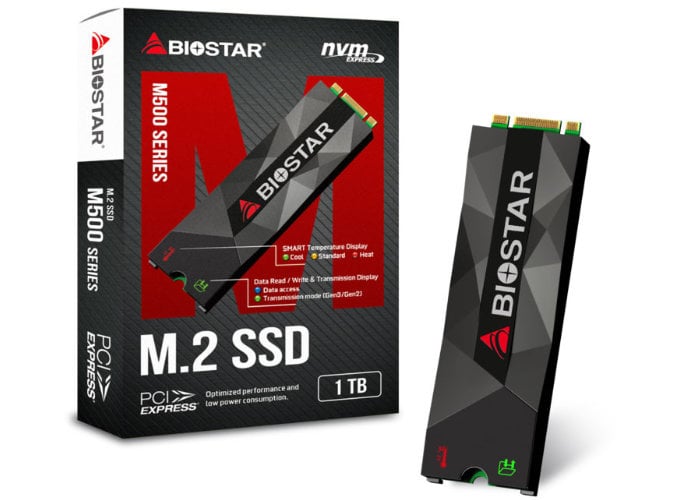 BIOSTAR has this week announced the immediate availability of its new M500 line of solid-state drives in the M.2-2280 form-factor, with PCI-Express 3.0 x2 interface, which were first unveiled during Computex 2018. The BIOSTAR M500 Series M.2 SSDs Requires less power consumption with its read mode requiring only 1.7 W for the 256GB variation. “The low power consumption helps extend the battery life of notebooks and ultrabooks making it the perfect storage upgrade for portable PCs.”

Pricing for the new SSD storage takes the form of

Specifications and features of the new SSD storage include :